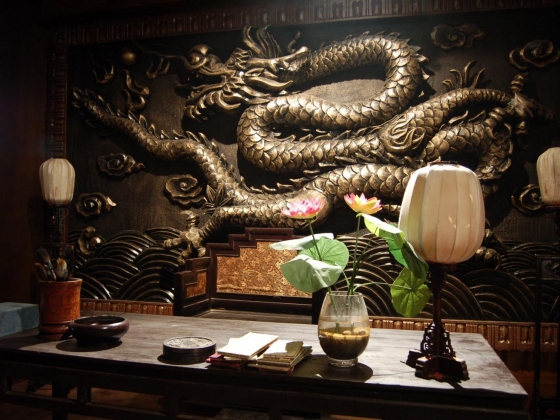 
A Way of Studying

Chinese TV plays are an unparalleled resource for studying Chinese language and culture. Not only can you improve your grasp of modern Chinese but you can delve into the foundations of the language via the many available costume dramas and gain a real perspective on the way the language has developed.

Chinese TV plays almost always have the dialog written at the bottom of the screen in Chinese characters. This enables you to work out what the actors are saying even if your aural comprehension is not good. Just watch the DVDs on a computer and run wenlin or similar software in the background and you can stop at any point and rewind the video stream and look up new vocabulary.

Recently there has been a spate of high budget Chinese films which seem to be attempting to take on Hollywood at its own game. The film which made the biggest impact in this respect was “Crouching Tiger Hidden Dragon”. Of course Ang Lee is equally at home making Mandarin language films and English language films, so he can’t really be called a Chinese director. But “Crouching Tiger” draws on the rich tradition of “Wuxia” literature and martial arts films to create something which although superficially Chinese is actually quite radically not Chinese.

The influence of “Crouching Tiger” is apparent in Zhang Yi Mou’s “Hero”, but the heart of “Hero” is in a very different place from that of the Ang Lee film. In the Ang Lee film Li Mu Bai interrupts his meditation because he is troubled by the notion that there is something in his personal life that he needs to sort out. This something is his relationship with Shu Lian. As in “Brokeback Mountain”, Ang Lee is talking about human desires, difficult and irregular and disruptive. I think that in “Crouching Tiger” he was posing a question to China. The question is, “you have solved your economic problems, now what are you going to do about your sexual problems?” He returns to this subject but in a much more direct and confrontational way in “Lust, Caution”, which I will write about later.

“Hero”, on the other hand, presents a much more traditional Chinese ideology, it simply makes the case for a unified greater China. The story is loosely based on the story of the assassin Jing Ke who attempted to kill Qin Shi Huang, the so-called “First Emperor” and unifier of China. (Actually the story of Jing Ke is much more startling than the fairy tale present in Hero, but that’s another question). I attended a lecture given by the scriptwriter of “Hero” in a little bookshop by the Old Summer Palace in Beijing. He said that when the script was shown to the American producers they asked him why Wu Ming would want to assassinate the Emperor. They made him add a couple of lines explaining why. He said it was very difficult for him to write those lines because any Chinese person would know why.